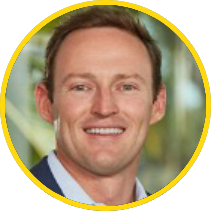 Patrick served in the U.S. Congress, representing Palm Beach and the Treasure Coast, between 2013-2017. He was also a nominee for the U.S. Senate in 2016.  After leaving office, he was named chair of the Future Forum Foundation, a nonprofit organization that researches crucial issues impacting millennials such as automation, artificial intelligence, and the sharing economy.
‍

During the fall semester in 2017, Patrick was a visiting fellow at the Georgetown Institute of Politics and Public Service in Washington, D.C. He is currently a senior fellow at Florida International University. Patrick has proudly served as a board member of Miami Bridge Youth and Family Services Inc since 2011.

Back to Staff & Board